As with grub and disease control, lawn weed control is most effective when caught in the early stages.

Turf weeds establish themselves between early April and mid-June. Groundhog’s turf team is out there just as soon as the snow melts, because the first stage of a double-barreled approach for tackling weeds in a lawn area is the most important. It becomes more difficult to control these fast-growing weeds once they become established.

Round One. Our Round One fertilization program contains a pre-emergent that prevents annual weeds like crabgrass, chickweed, and henbit from germinating. This pre-emergent crabgrass control works by creating a barrier for up to five weeks by creating on the soil where they germinate.

Round Two. Hopefully, we’ve gotten a pretty good knockdown on crabgrass during Round One. The Round Two fertilization program from Groundhog Turf Care contains a pre-emergent and post emergent weed control. The pre-emergent extends the soil barrier for up to eight weeks longer than a single application of Step One. This ensures that any seeds that may be late in germinating will not come up.

Like a weed on steroids! A post emergent weed control works by mimicking plant hormones, causing in established dandelion weed – and a host of many other turf grass weeds – to grow faster than its roots can support it. The result is a curling and twisting weed that eventually dies back to the ground. Round Two is applied between the first week in May and the first week in June. After that, our turf care technicians will spot-spray any weeds that may persist.

Some weeds do persist! While dandelions are fairly responsive to one application of a post emergent weed control, there are tougher weeds like nutsedge, ground ivy, clover and violets that are weather-sensitive and may take several seasons to eradicate from the lawn.

Do you have any questions about your grass? We would be happy to provide a no obligation consultation!

How was your service? We want to know! 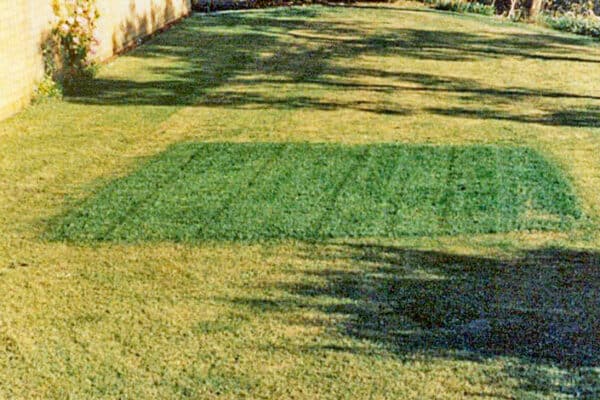 Pre-pay by December 31st and save up to 10% on your entire lawn care treatment next season!

We are always on the lookout for industry professionals to join our team!

FIND OUT MORE or APPLY NOW!